Sometimes I get ideas of weekend adventures and I wonder if they will turn out well or be completely miserable. Last weekend we visited my aunt and uncle which sounds great, but it is a 6 hour drive to their house. I'll tell you right away that it turned out to be a great trip!
The children had the best attitudes and were amazing travelers. They are very used to the 4 hour trip to Grandma and Grandpa's house and they decided that 2 more hours wasn't going to be bad at all. We made exactly 2 stops on the way and on the way home we only stopped for lunch. That was a little crazy and only happened because Isaiah fell asleep and by the time he woke up we were too close to home to stop.

On the way we stopped at a rest area to use the bathroom. We walked in and I said, "Hey kids, that's a pay phone." They said, "you mean you have to put money in it to use it?" And they were amazed. Later in the weekend, Anna was playing with a rotary dial phone that my aunt had. She said, "Don't worry Mom it isn't real. It's old fashioned." And I taught Aliza, Josiah and Anna how to dial on a rotary phone. By the time I got to the 8th number in our phone number they were bored. It takes SO long to dial a phone number one number at a time! 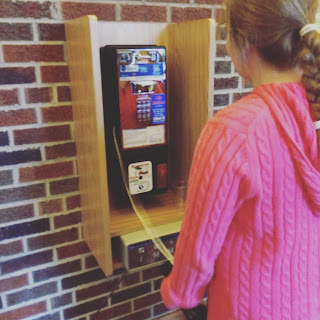 We arrived in a good frame of mind with our sanity in tact. It was an amazing feeling! We ate supper and headed out to go sledding. My aunt and uncle lives in the mountains and my uncle enjoys creating sled runs and having people over to use them. The snow had melted in the week before we came and he was pretty concerned that the sled run was past its prime. However, we are from flat land and are easily impressed. He had nothing to worry about!

He had a fire at the top of the run and several lanterns along the way. As the evening went on the snow froze and the children went far and fast. 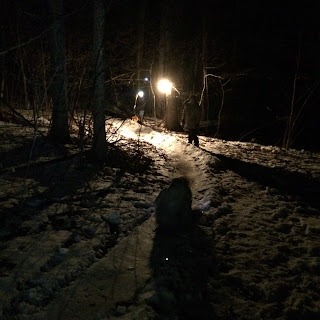 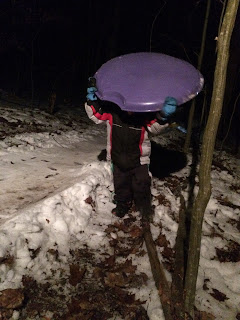 Saturday morning my uncle made a fire in a hunting cabin for my aunt and I to have a little time for conversation. We called it the redneck coffee shop. While we talked, the children and men went sledding again. 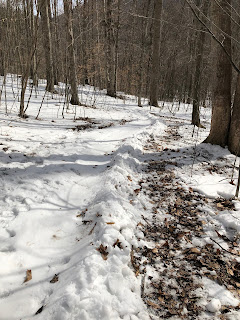 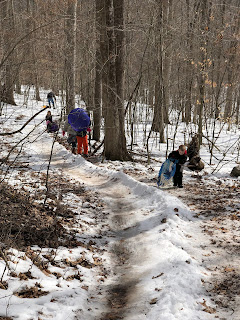 And then they went to the stream, explored and had a couple stick races. 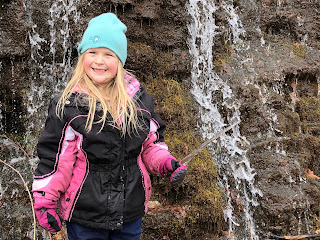 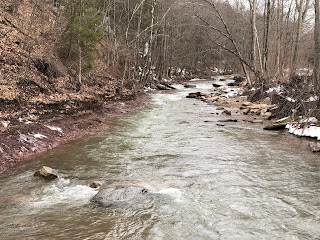 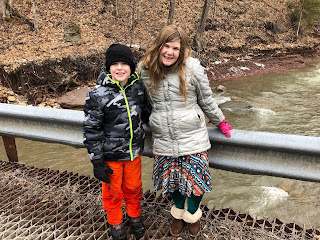 Saturday evening my cousin and his family came to visit and we went sledding again. It was a little warmer Saturday night and the rides weren't as fast or far. Everyone still had a really good time. We left Sunday morning with some pretty special memories. No one was ready to leave. I've already been asked when we can go again.