We went to Massachusetts for our anniversary trip. Less then an hour from Albany, New York. It qualifies as "in the mountains" for us East Coast United States folks. In fact the resort that we stayed in is a ski resort in the winter.

Our trip was dubbed a 2nd honeymoon by Aliza after she read the Bearenstain Bear book A Week at Grandma's House. The cubs stay with their grandparents while Ma and Pa go on a "2nd Honeymoon." Aliza asked if Daddy and I had ever gone on a 2nd Honeymoon--a perfect opening to tell her that she was going to stay with Grandma and Grandad for 2 nights and then with Grandma and Grandpa for 2 nights. It also worked out well because she seemed to think that a 2nd honeymoon was a destination so I didn't have to tell her exactly how far away we were going.

I shed a few tears when we left. When I hugged Anna I couldn't help it. Aliza was crying too. But that stopped quickly and she was fine the whole time we were gone. I was fine too! Quite fine, in fact!

The first day happened to be our official anniversary. The last several years we have gone golfing on our anniversary so we kept up the tradition. This was the first year that I golfed too. It is far easier to golf when one is not 30+ weeks pregnant. I was pretty much horrible. Jeremy only got mad at me once for not trying. =) It was a gorgeous day and I enjoyed being outside. The course was nice and I enjoyed the views of the mountains. 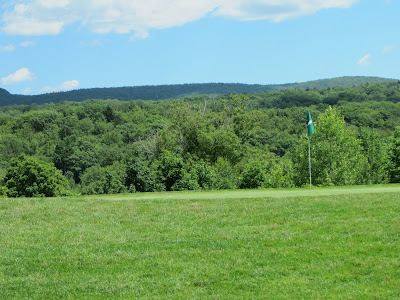 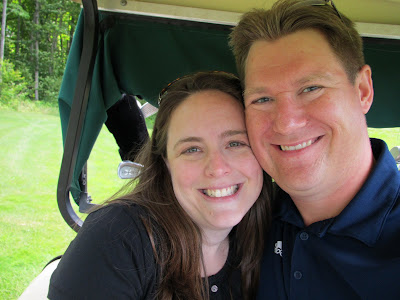 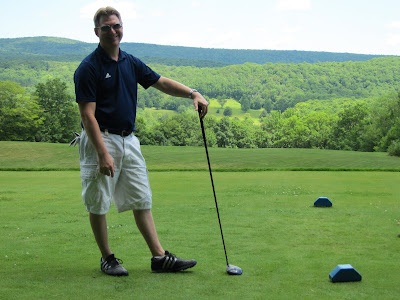 Jeremy scouted out a nice restaurant several weeks before we left. It was very nice. The food was really good. We ate every bite....figured we better get our money's worth! 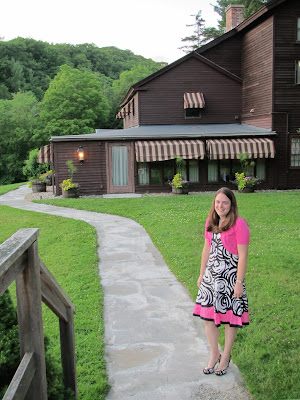 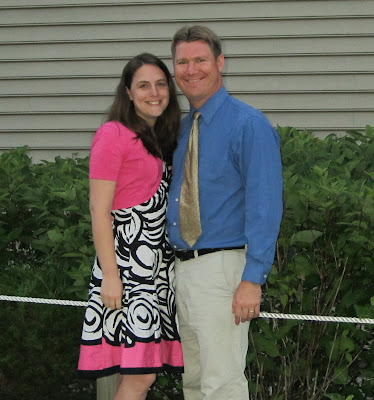 The "official" anniversary picture!
More to come...
Posted by carla at 10:31 PM