I'm going to have to break this long post into days...
Thursday: We drove to Quakertown, PA for Christmas with Jeremy's extended family. It was nice to get there a little early to have some extra time to visit since drove on to WV that night. Uncle Darryl is so great with little guys. He took Isaiah all around and showed him where staircases led and answered all of his questions. It's not very often that you find someone outside of immediate family who is willing to figure out what a 2 year old is saying! 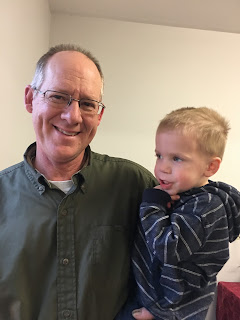 We had dinner and one of Jeremy's aunts had gifts for the children. That made their evening fun! Isaiah received a remote control car. I don't think he had ever seen a remote control car before and he was fascinated. There was plenty of room for him to race that car all around. 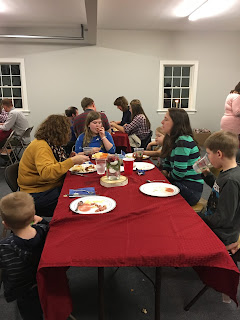 The 3 hour drive to WV was a little painful! Isaiah could not understand why we were leaving Grandma after we had just seen her. He was miserable and took forever to settle down and fall asleep. We arrived in WV at 11:20--before Grandma and Grandpa. Isaiah was so upset that Grandma wasn't at her house. Poor little guy! I sat up and rocked him until Grandma got home. He followed her around for a bit and then she put him to bed.

Friday: The children woke up and there was barely a dusting of snow on the ground. They were so excited. When Isaiah woke up he found presents under the tree. He was told "No" to opening them multiple times and Grandma caught him opening a gift. This was the reaction... That's what he does when he is shy or embarrassed. I don't think he was crying. 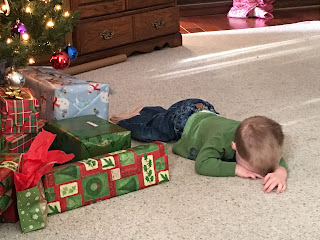 Somehow we had to get through the day while we waited for Brandi to work. There is a children's museum in Martinsburg that we decided to check out. It was a winner! One wall was lined with Thomas the Train tracks. The other wall was lined with a Lego city and plenty of legos to play with. 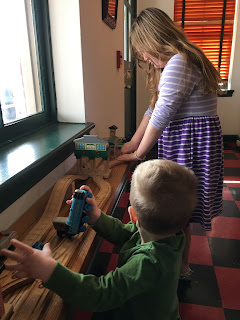 There were consoles through the middle with activities and historical information. The girls are playing with dolls here. 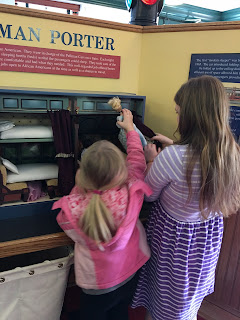 This exhibit was Tunnels through Time. Anna and Isaiah had fun in the kitchen. The art on the walls was gorgeous. 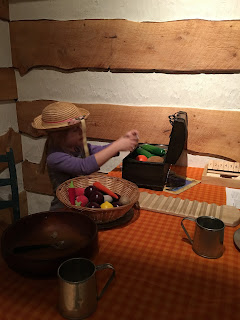 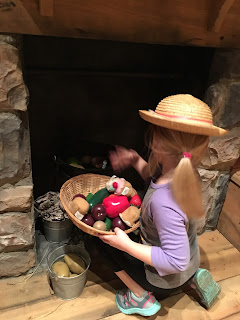 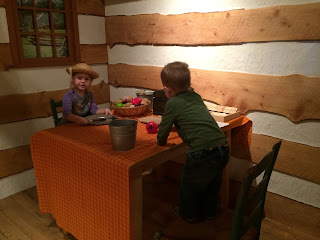 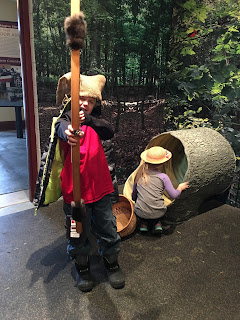 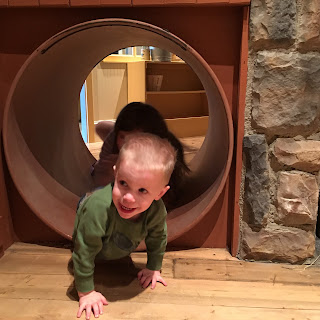 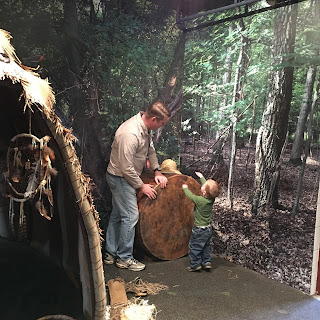 The wall of this walkway was lined with magnetic train scenes. The magnetic pieces could be used to fill in the train cars. We didn't stay in this area very long. Isaiah would have loved it, but the older ones lost interest quickly. 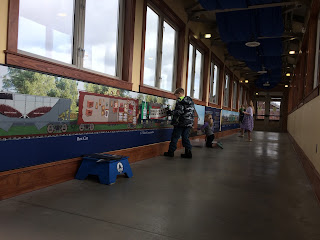 There was a virtual bike tour through Martinsburg--then and now. We wore 3D glasses and pedaled exercise bikes while we watched the video. I didn't hear much of the video because there was so many exclamations among ourselves. 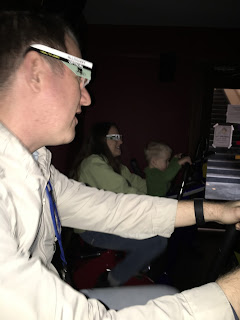 A valiant attempt of a picture of the 4 of them... 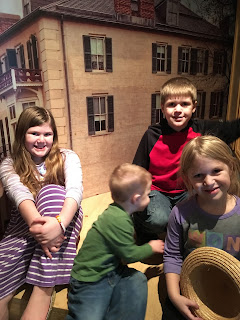 We went back to the first room. We almost didn't go back, but it turned out to be pretty fun! 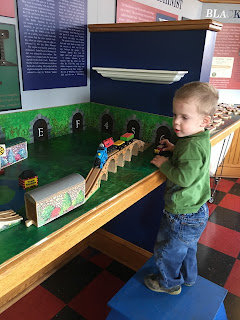 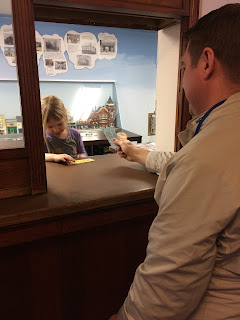 There were snow flurries and it was so picturesque. The balcony was a really neat place to look out over the tracks and old buildings. Then we heard a train whistle. And a huge freight train came through. The engineer waved at us. Isaiah was super excited. It topped off the adventure just perfectly. 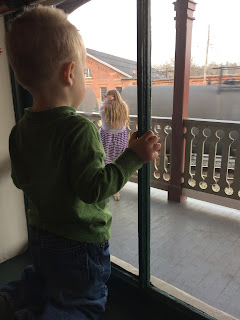 That evening we opened gifts and enjoyed being with family.

Saturday: The Heslop guys and Matt watched the new Stars Wars movie. The Heslop girls and Chrissy visited all afternoon. The Heslop children were on screens. 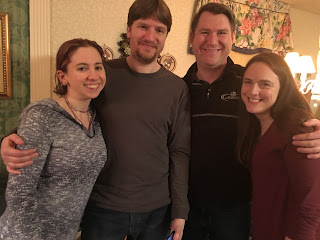 Sunday: I told the Heslop children there would be a lot less screen time! It was a beautiful day! When Christie suggested we meet at the park, I knew we were in. It was so nice to get some sun and fresh air. 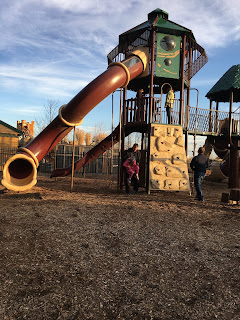 The children had fun playing and all of the adults went down this huge slide--more than once! 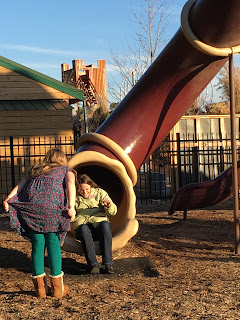 The outing ended with frozen yogurt at Sweet Frog. My boy getting to know these boys is one of life's little surprises that I will treasure! 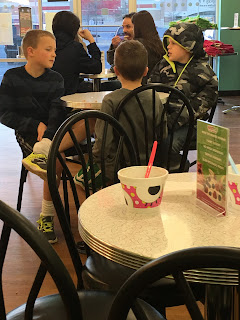 Monday: We came home.
Tuesday (today): We are all out of sorts and trying to recover from the fun! It's not pretty. Everyone is tired and grumpy!