After the second half of the family recovered from the stomach nonsense, I was ready to get the tree decorated and really kick off the Christmas season. We got a very late start on a Monday evening. School drug on and supper was late, but I was determined to get that tree up! It was 9:30 or so when we finished. Unfortunately, that made the whole process feel a bit like a chore instead of a party. Aliza, however, declared that she loved every party of it.  Pretzel treats and Puppy Chow are must have snacks while decorating the tree and it was nice that everyone could enjoy them. 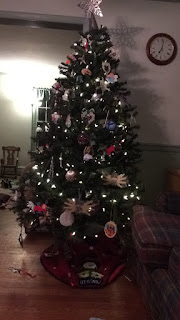 The pile of decorations grew this year as I added some that I found in Gramma's treasures. With so many helpers, though, it didn't take very long to get them hung. 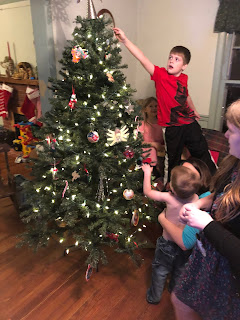 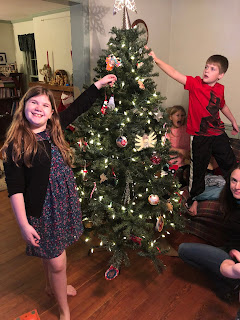 The children like to hang the decorations that are theirs so I separate them into piles. Anna was very aggressive about picking out allll the other decorations that she wanted to hang. All of "hers" went into a box that she promptly hid so that no one would "steal" them. 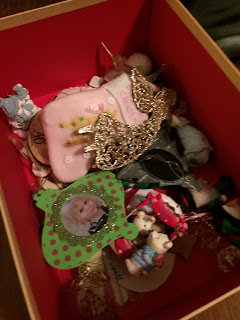 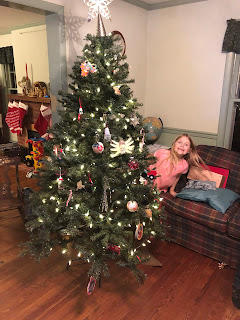 Isaiah was a very busy helper. I think every picture we took had some type of blurry movement in it. 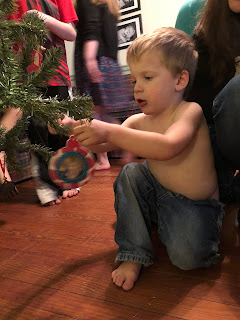 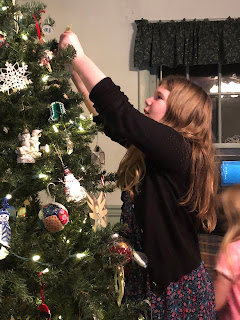 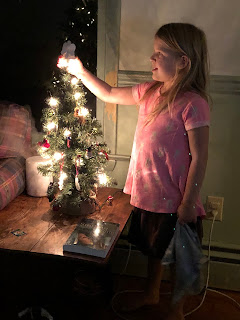 We added a new ornament this year. Janell found this sometime last summer and called me to see if I wanted it. I said yes! Jeremy makes eggs and bacon for breakfast several times a week. He takes pictures of his smiley bacon and egg face and posts it on instagram. One of the morning television shows contacted him a couple years ago asking if they could use his pictures for a breakfast photo montage they were doing for a segment. 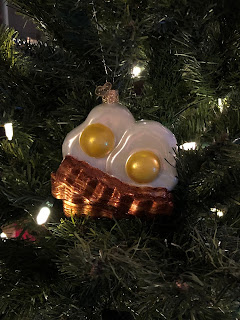