There was some serious excitement in our house this morning when Jeremy and I announced that we were going to the pumpkin patch. I have never seen Aliza and Josiah get dressed, including shoes, so fast. Josiah stood at the bathroom door and cried when he realized that, indeed, Mommy was going to take a shower before we left. We did have a great time. Here are lots of pictures! 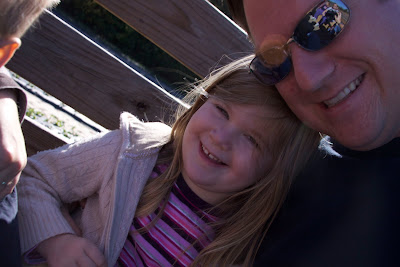 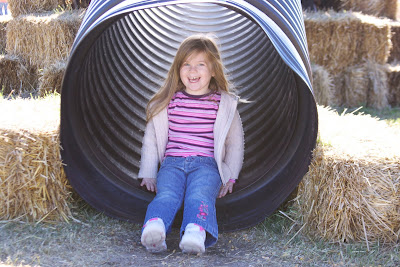 This year Aliza went down the big slide all by herself! 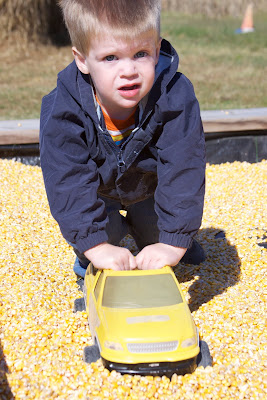 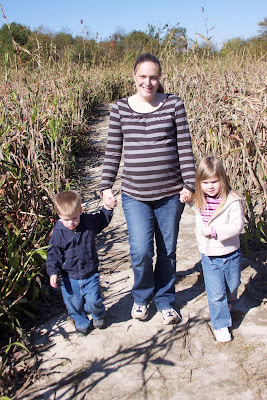 In the corn maze. Aliza was our leader. She did a great job checking the paths for dead ends. I asked Jeremy if he thought the maze was a half mile (I downgraded the question to a half mile from my initial thought of a mile.) He laughed at the suggestion of a half mile. Oh well. It was long. Thankfully the ground the smooth and I waddled my way through it. 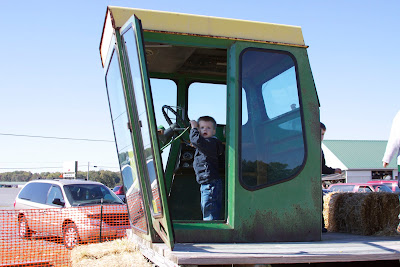 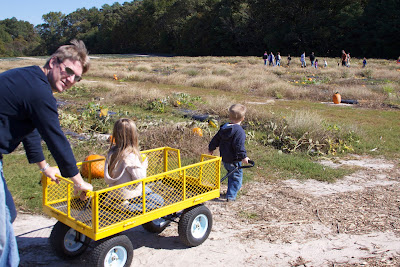 Then we picked out our pumpkins. Josiah wanted to pull and Aliza wanted to ride. Daddy pushed. 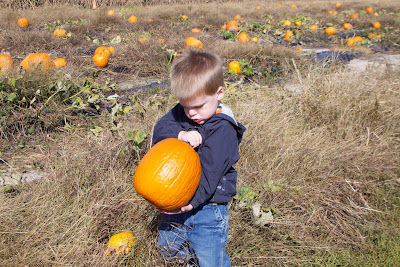 Josiah started harvesting pumpkins right away. At the end he had to plant some back in the field. Thanks to his John Deere DVDs he knew exactly how to harvest pumpkins. He was disappointed that he left his plastic saw in the car. 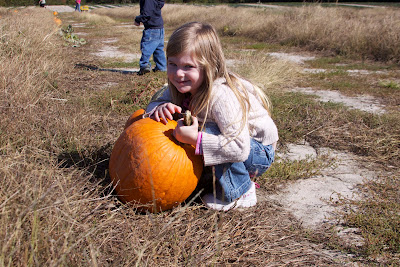 Aliza picked one bigger than she could pick up. 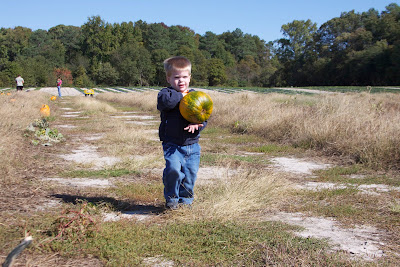 What a big boy! 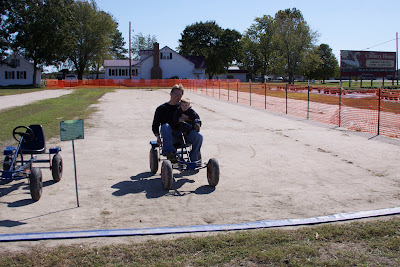 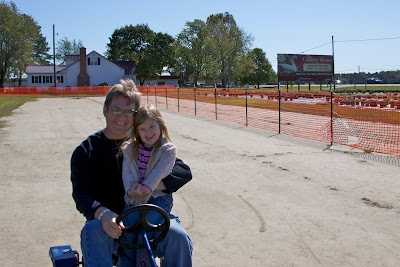 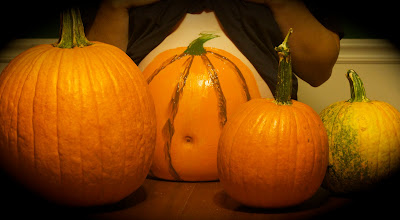 My favorite is the pumpkin in the middle! Hehehe.

looks like lots of fun!!! I think that pumpkins are SOOO pretty, I have one right now that needs cooking, but I dont want to cut it up because I like looking at it! :o)