Have you ever seen a bird that looks like this? Neither had I. 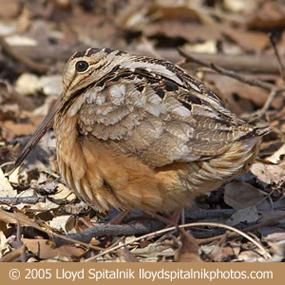 Christmas morning Josiah told me he had seen a "really dorky bird that looks like it is twerking." I blew him off because I thought Josiah was being dorky.

The day after Christmas, Aliza saw the same bird and told me to come look at this really crazy bird. Since it was the second sighting, I looked. It was hard to see on the ground due to it's very convincing camouflage. And, like Aliza and Josiah said, it was the strangest bird I had ever seen. I watched it bob with his long beak poking in the ground for food and was completely clueless as to what it might be. I really wanted a picture and I contemplated getting Jeremy's long lens out but decided against that.

Instead I texted a friend who loves bird watching. I tried to describe it to her. She suggested looking up a flicker or a thrush. We did and neither one matched this bird. And so we let it lay...

...Until the next day when Jeremy saw 6 of these mystery birds in the yard. I knew if Jeremy saw them we would figure out what kind of bird it is. After agreeing that indeed the bird looked like it was twerking, he did some searching. About the same time, Jeremy figured it out, Aliza googled "bird twerking" and immediately she found a video of the American Woodcock and the picture and corresponding video was exactly the bird in our yard.
I told our friend and she was really excited to learn about a new-to-her bird. I'm a lot more interested in birds now! We have had one more sighting of American Woodcocks in our yard. They are migratory birds so now that it is really cold, maybe they have moved on?

I was not familiar with the word "twerking". I always thought it was "torking" and it was a bit disconcerting that my children could demonstrate "twerking" to me and spell it correctly. I homeschool my children! Where do they learn this stuff?!
Posted by carla at 10:20 PM